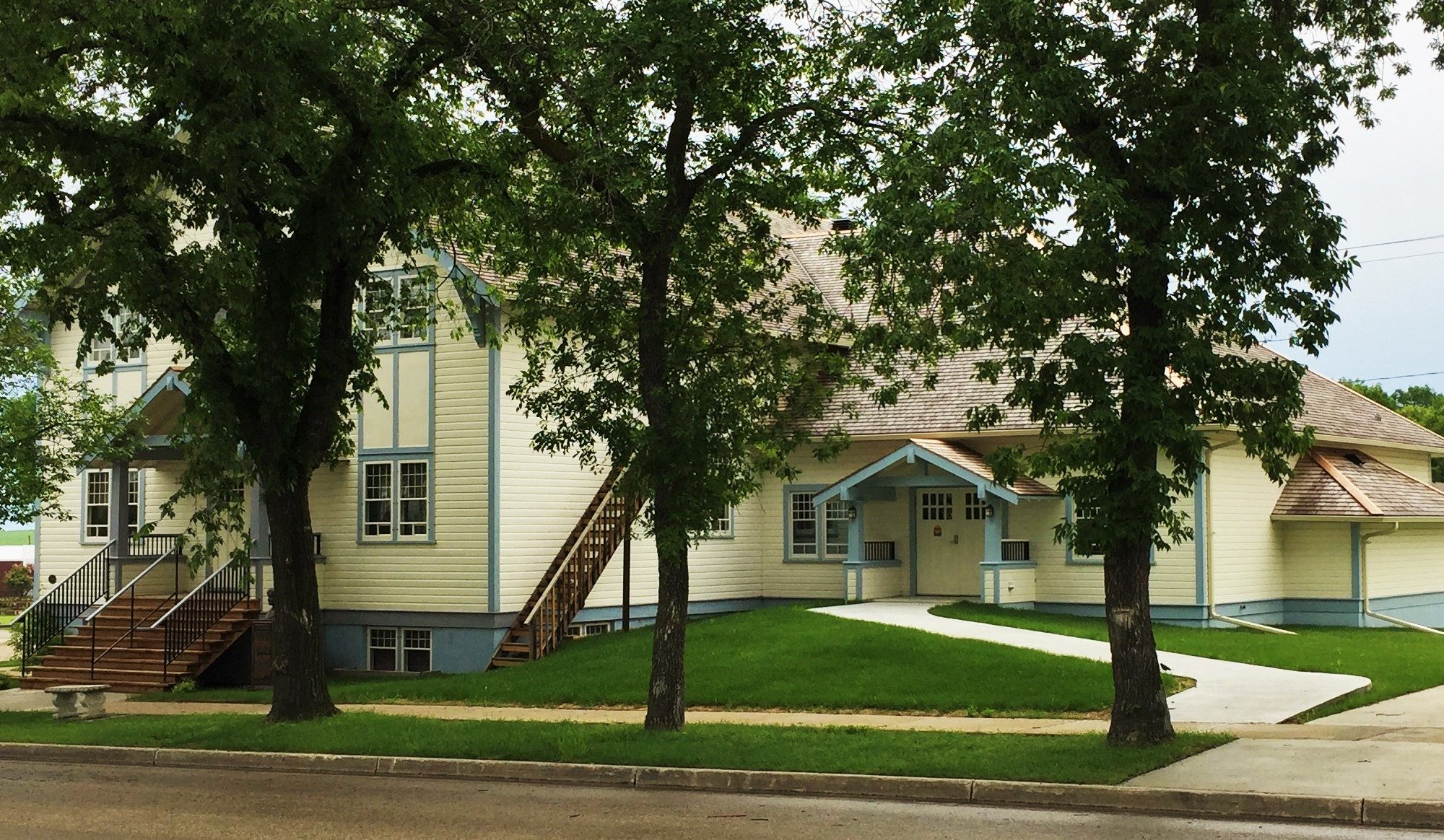 Manitou has had numerous community halls and gathering places since 1878. The earliest ones were on the second floor of businesses in the community. In 1905, the Manitou Town Council passed a motion, moved by Wes McClung, to build a community hall at 325 Main Street. As such, it was built during the time that Wes McClung was mayor of Manitou and re 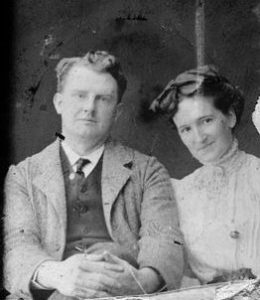 presented the kind of community spirit which Wes and Nellie McClung were long known for. The importance of the arts was consistently noted by the couple no matter where they lived. Their promotion of public speaking clubs, band programs, reading rooms, and concerts had a positive effect on the growth and attitude of the Manitou community. 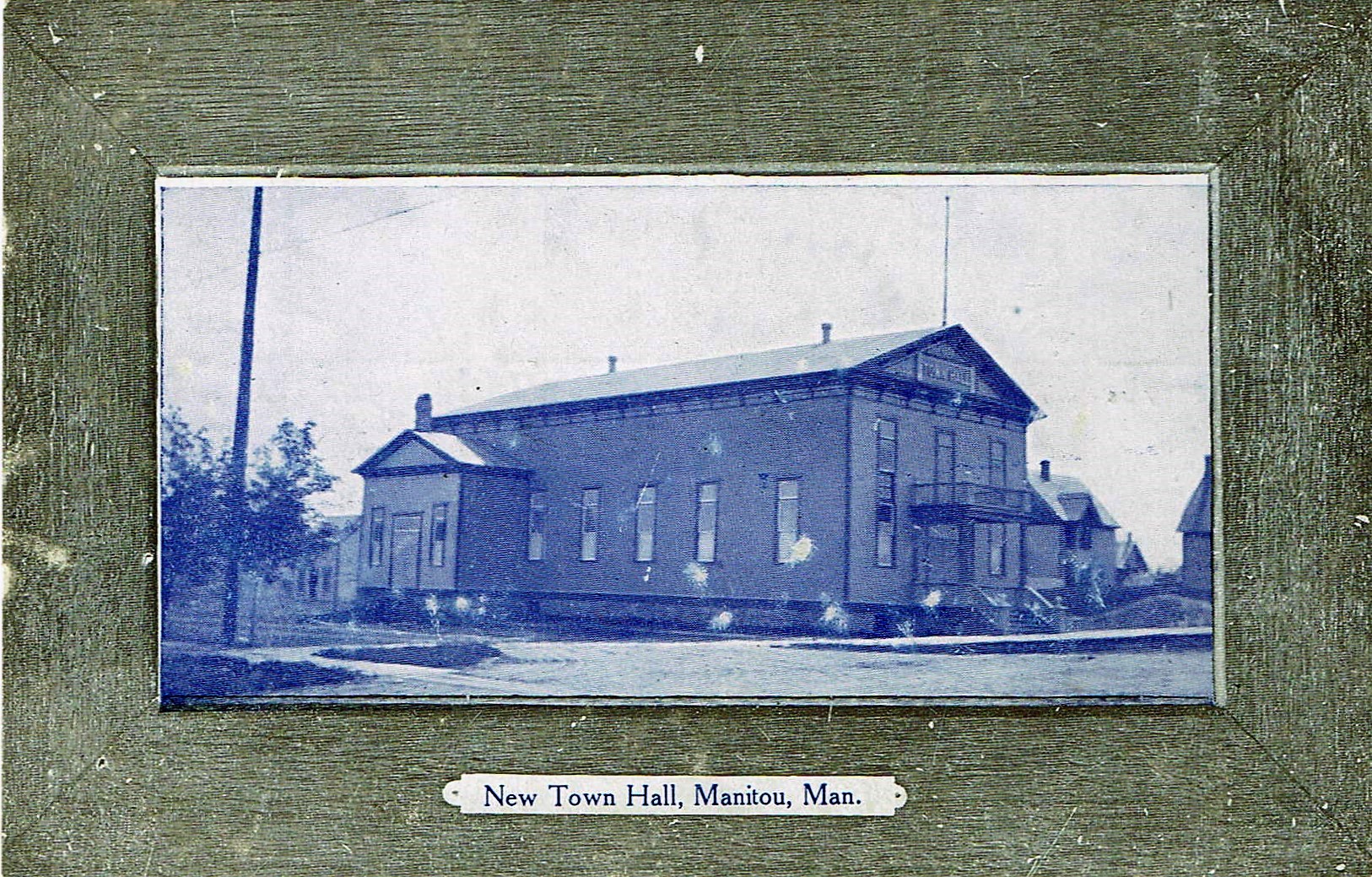 The second Manitou Opera House was built in the summer of 1930. A fire on January 16, 1930 had destroyed the previous building, shown above. During the Opening Ceremonies for the new building, held on Friday, December 10th, 1930, a minute of silence remembered the fireman, Robert A. J. Brown, who had died while fighting the fire.

The new building was built on the foundation of the previous one by Blackburn Construction at a cost of $15,000. Funds for the building project were raised through insurance on the previous building, through donation, and though the issuing of debentures.

Reeve F. W. McIntosh, speaking at the opening ceremonies for the Opera House “congratulated the citizens of Manitou on their courage and enterprise in erecting such a splendid building.” He noted that such public buildings reflect the character of the community.

Since 1930, the Opera House has served the community well, hosting dances, meetings of local organizations, concerts, and celebrations.

In recent years, we have recognized the need to have full accessibility, to ensure all members of the community have access to their Opera House. As a result, we completed the addition and upgrade project which now features many of the fine details which graced the 1930 structure. 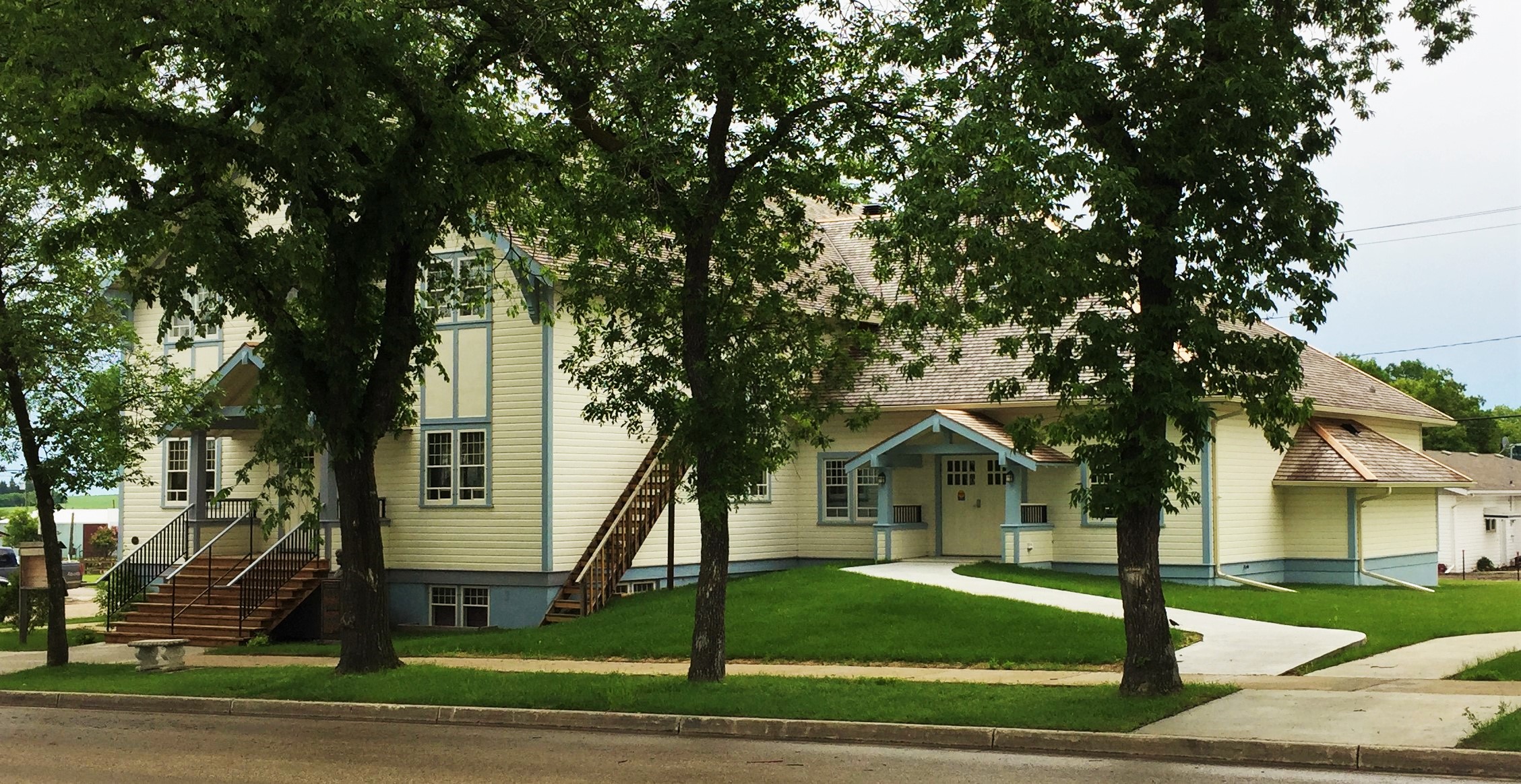 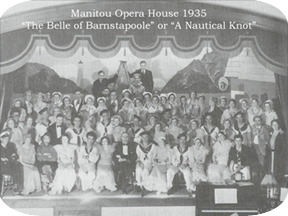 The Manitou Opera House depends on the dedication of its pool of volunteers who ensure the day to day management of the building, manage and contract upgrades and repairs as needed, and plan for the future.

Community and arts organizations become stakeholders in the Opera House for a nominal annual fee; these organizations are able to hold regular meetings and practices in the venue and to hold community meetings and performances. All are open to the public.

These Stakeholder groups include a number of arts organizations who also support the arts through their volunteerism.

Other long term stakeholders of the Opera House include the Snowkickers Snowmobile club, the Boundary Trail Railroad Company, Nellie McClung Collegiate and the Manitou Ministerial.

The Manitou Opera House Management Committee works with other community organizations to support many projects. The Honey Garlic Maple Syrup Festival approached the Coffee House Musicians about hosting a concert on the Friday evening of the Festival. These concerts showcase Manitoba musicians who share the stage with local musical groups – again Opera House Volunteers. On the Saturday of the Honey Garlic Maple Syrup Festival, these same musicians volunteer their time and talents to entertain the Festival audience.

The Municipality of Pembina holds large community meetings in the Opera House.

The Manitou Ministerial holds their ecumenical services during the Manitou Agricultural Fair and during the Christmas season in the Opera House; the Manitou Legion hosts the Remembrance Day services. Often, again, the local musical groups provide some of the music.

Undoubtedly, the records found on the Opera House web site calendar also tell part of the story. The Opera House was booked for at least one event on 213 days from September 2012 to August 2013.  In those bookings, we can estimate conservatively that there were 6900 adults and 4800 children and youth participating in lessons, rehearsals, practices, meetings and performances.