THE ACCESSIBILITY ADDITION – A TOUR OF THE CONSTRUCTION PROCESS

The Accessibility project consists of a 2175 square foot addition onto the south east side of the original building and includes wheel chair access to the main floor of the building, men’s and women’s disability washrooms, and a meeting room/servery kitchen situated off a central foyer space. 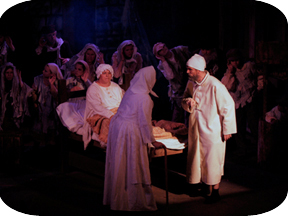 The current proscenium stage was small, with narrow-staired doorways. Maneuverability during productions and meetings was cramped.

The addition of an 800 square foot addition to the east end of the current building provided storage for the grand piano during theatre productions, access to the main stage for large groups, and  with the addition of the backstage loading ramp and loading doors, ease load-in and out during concert setup.

Nellie’s bust, out front of the Opera House acquired a hard hat in celebration of the beginning of construction of the addition in early April, 2015. 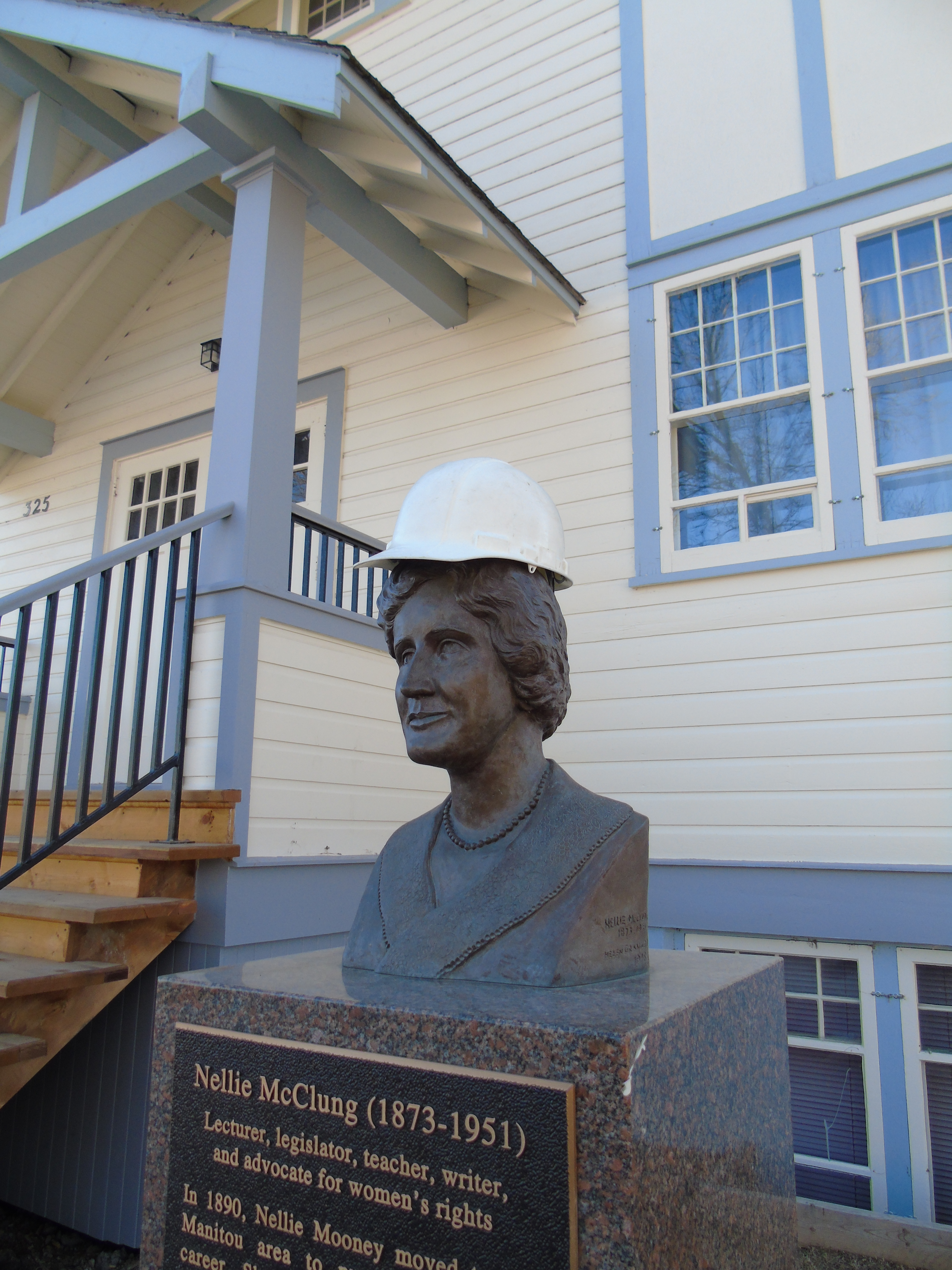 First work required the dismantling of the memorial wall and park on the south side of the Opera House. 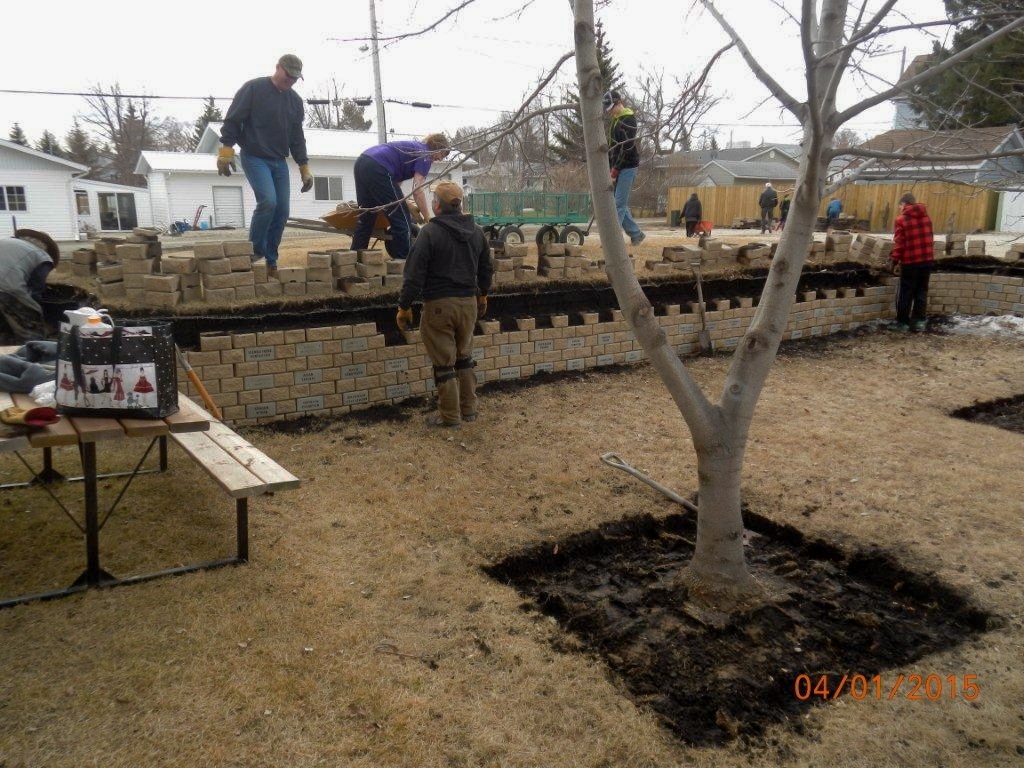 The memorial bricks now grace the rose garden west of the cenotaph one block south of the Opera House. 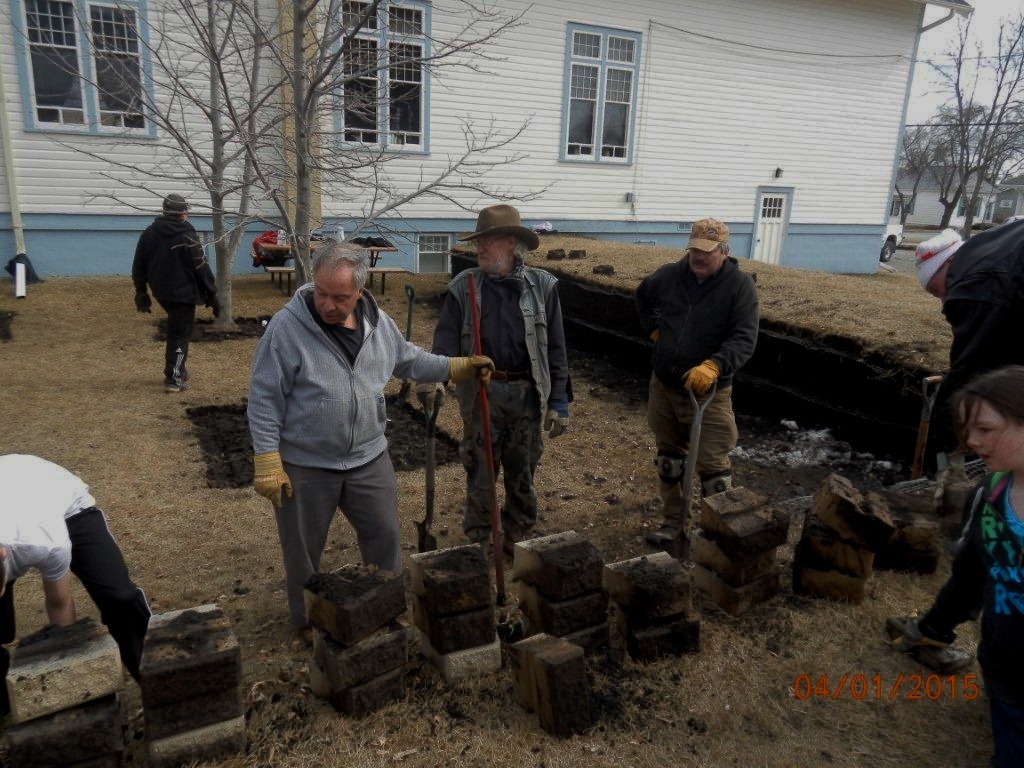 Volunteers are what has always made the Opera House a success. Here is the crew who helped to dismantle the wall on that damp, cool, April 1. 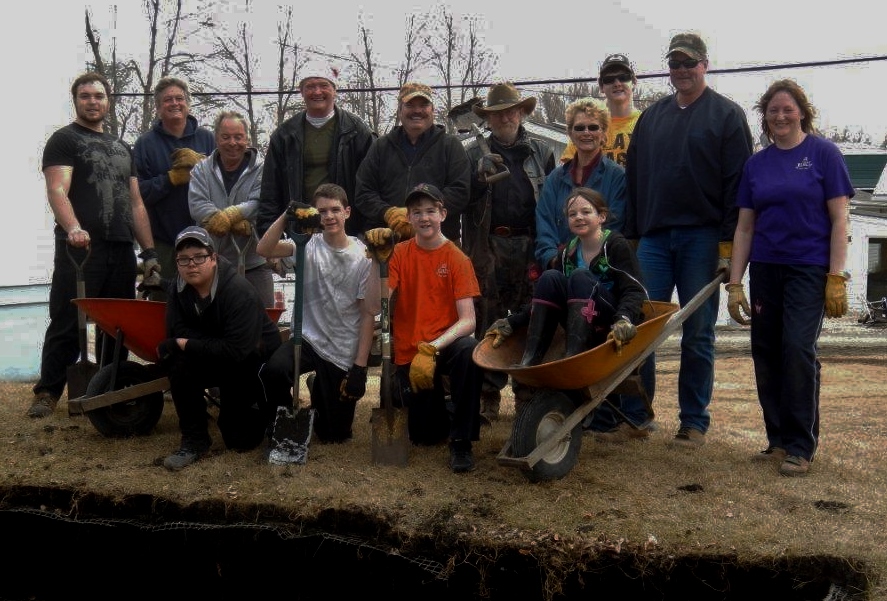 Digging the basement was made a mite more difficult because of the geothermal lines which heated and cooled the building from 1997 to 2015.  We were able to continue to use some of those lines in the new system. 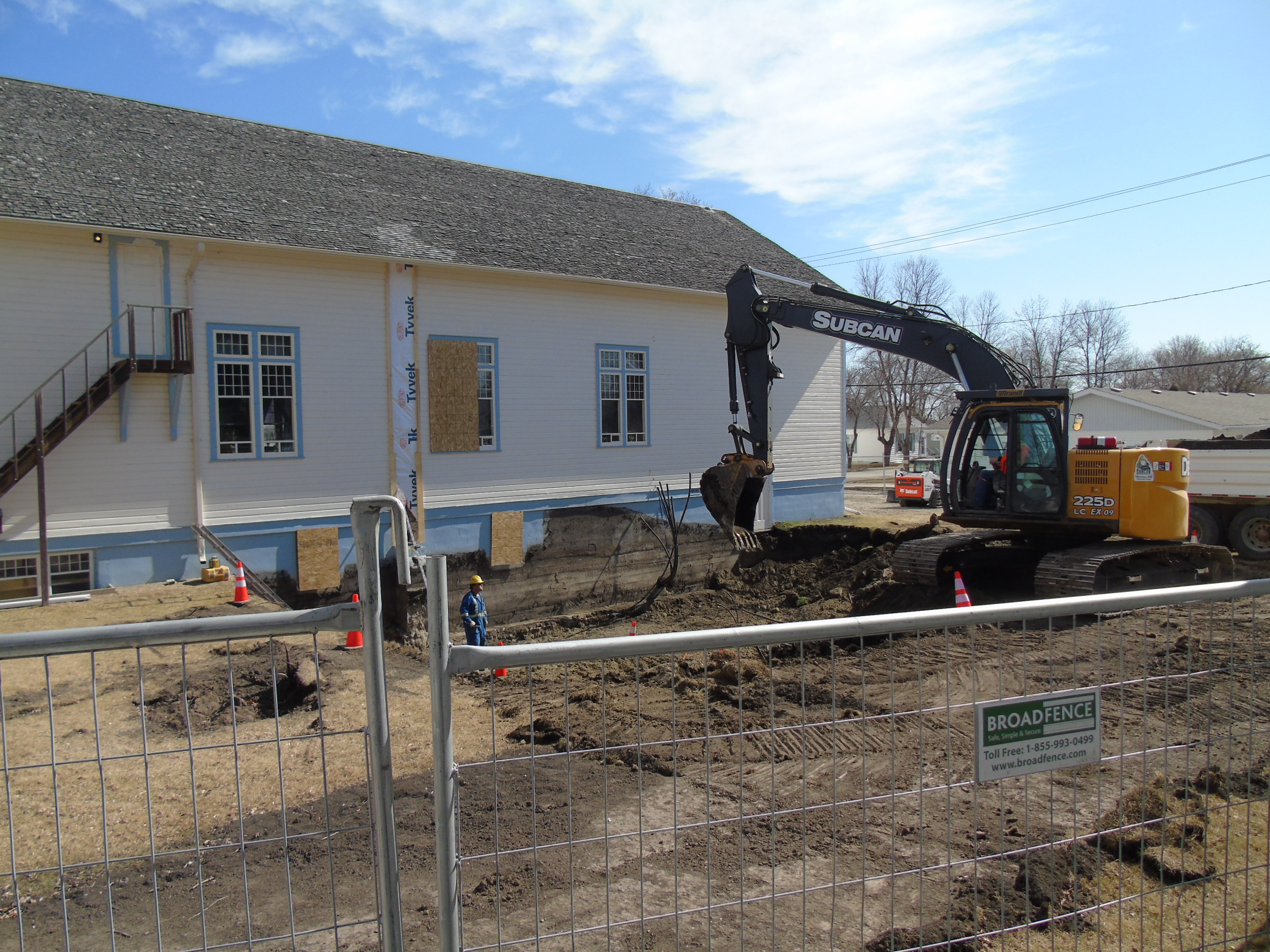 The window which is partially covered by plywood was to become the new door from foyer to hall. 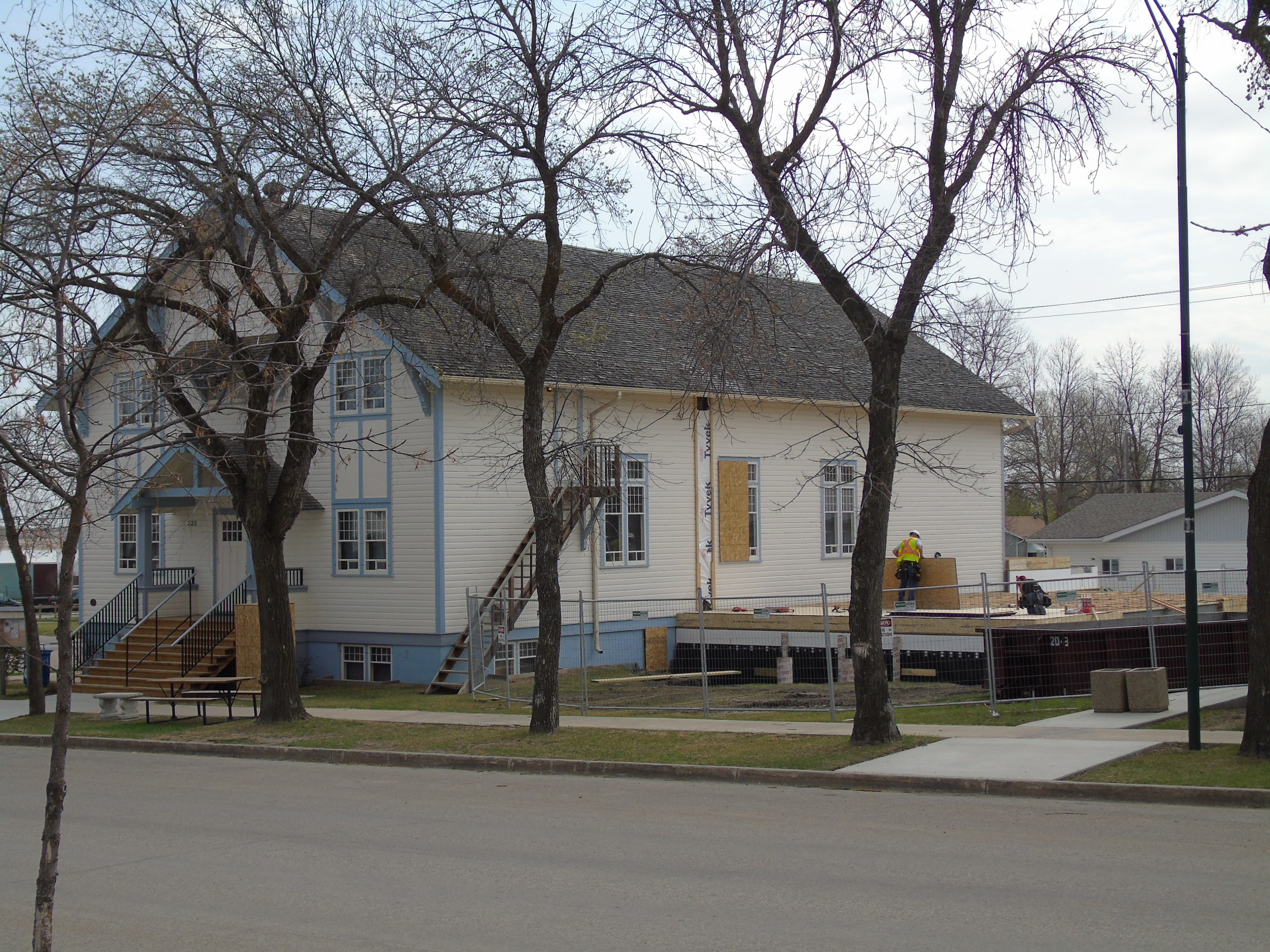 An early view from the fire escape. 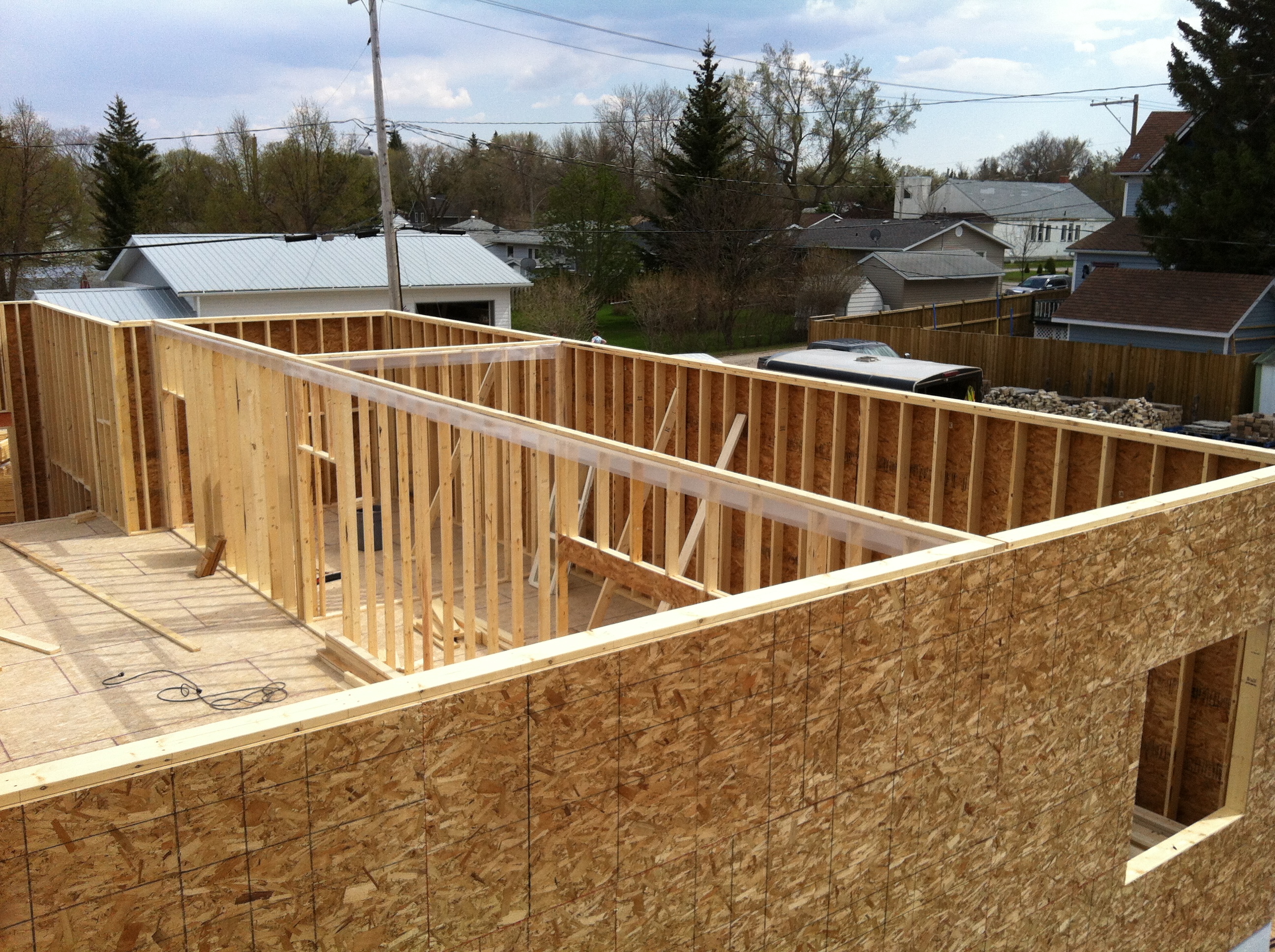 The new geothermal lines, such as this first one were put in jeopardy because of a deep layer of thick sand. Luckily, only the first five holes had a sand problem – all the rest were bored through blue clay shale. 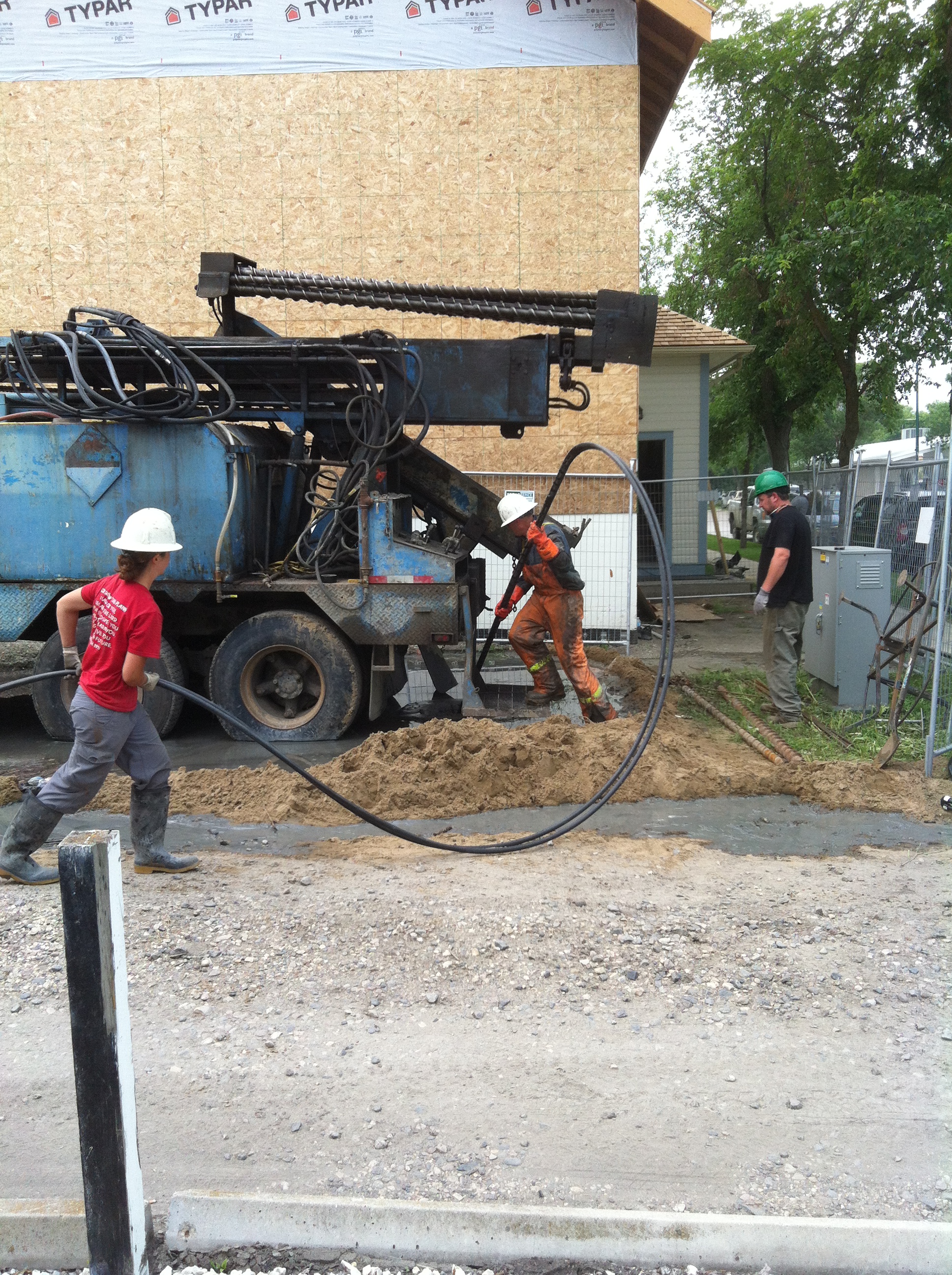 Rafters on the addition were so big they had to be transported in two pieces each. Here the lower rafter set are being lowered into place. 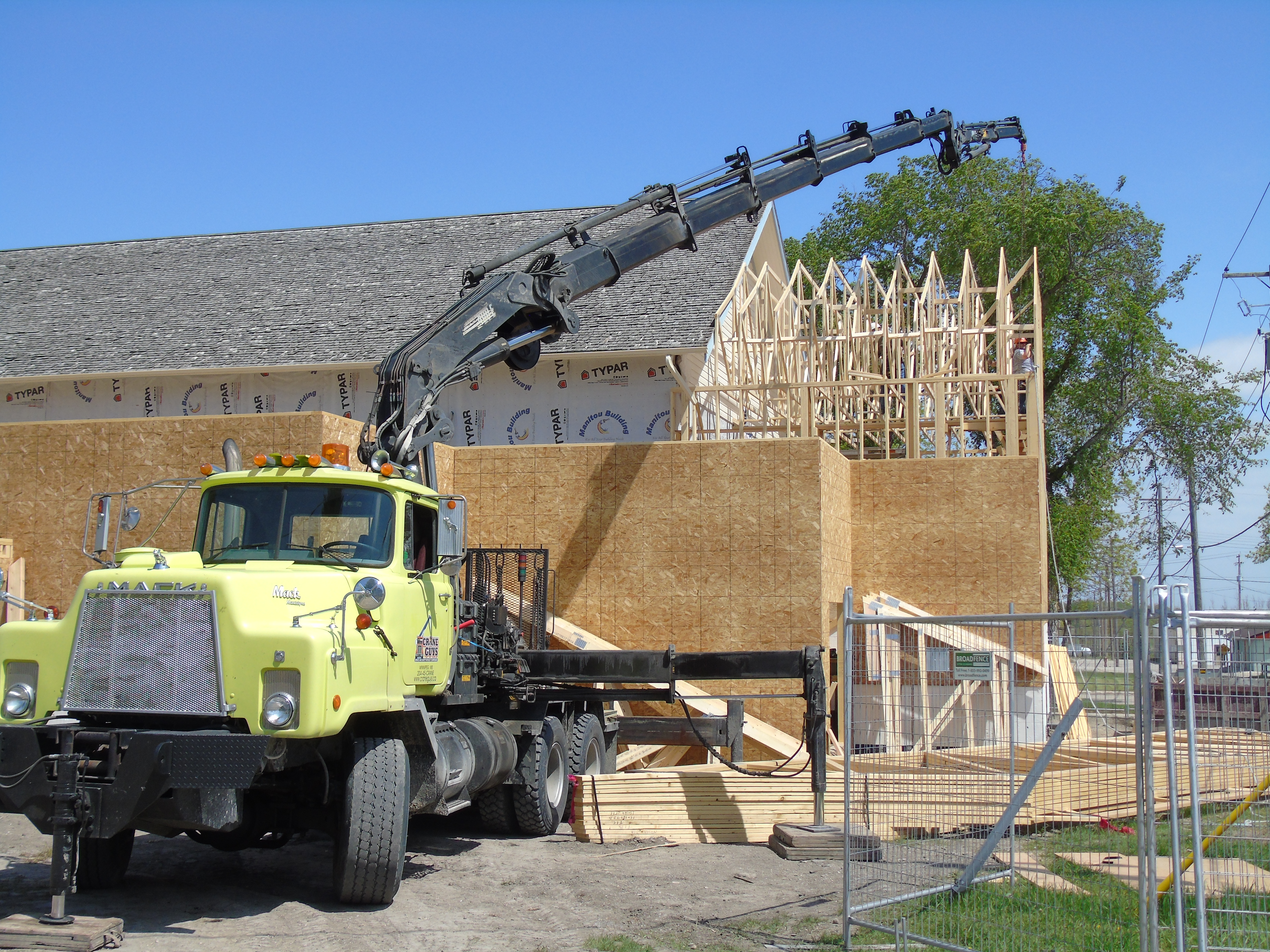 The entire building got a new set of shingles. On the old roof, even after 87 years, there was only one small area where the shingled were worn out. 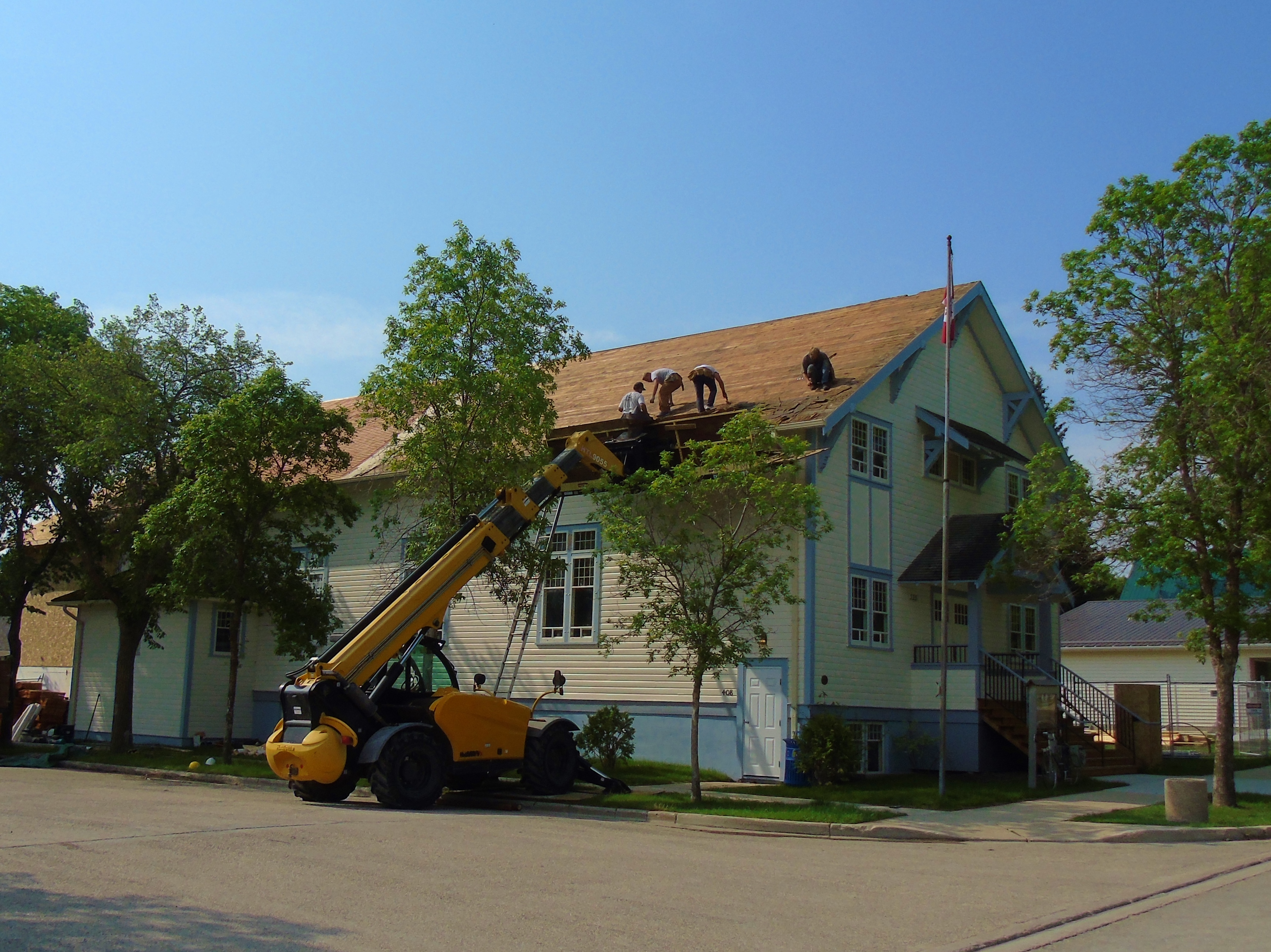 Volunteers ensured that, even during construction, every booking was honoured. This did mean that we had to clean and move the piano rather more often than we might have wished. Here a crew cleans up after the new back stage has been opened into the old stage area. 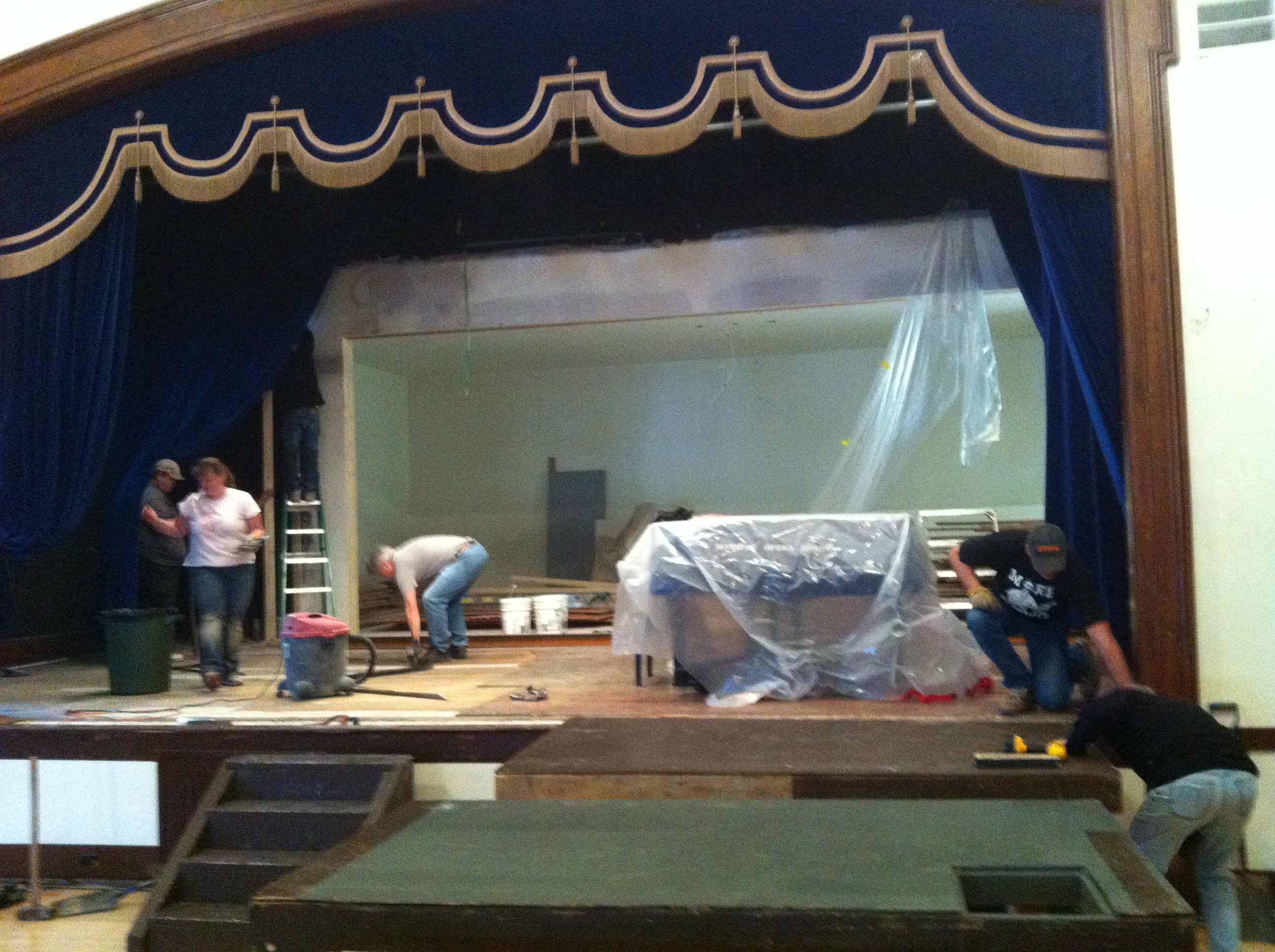 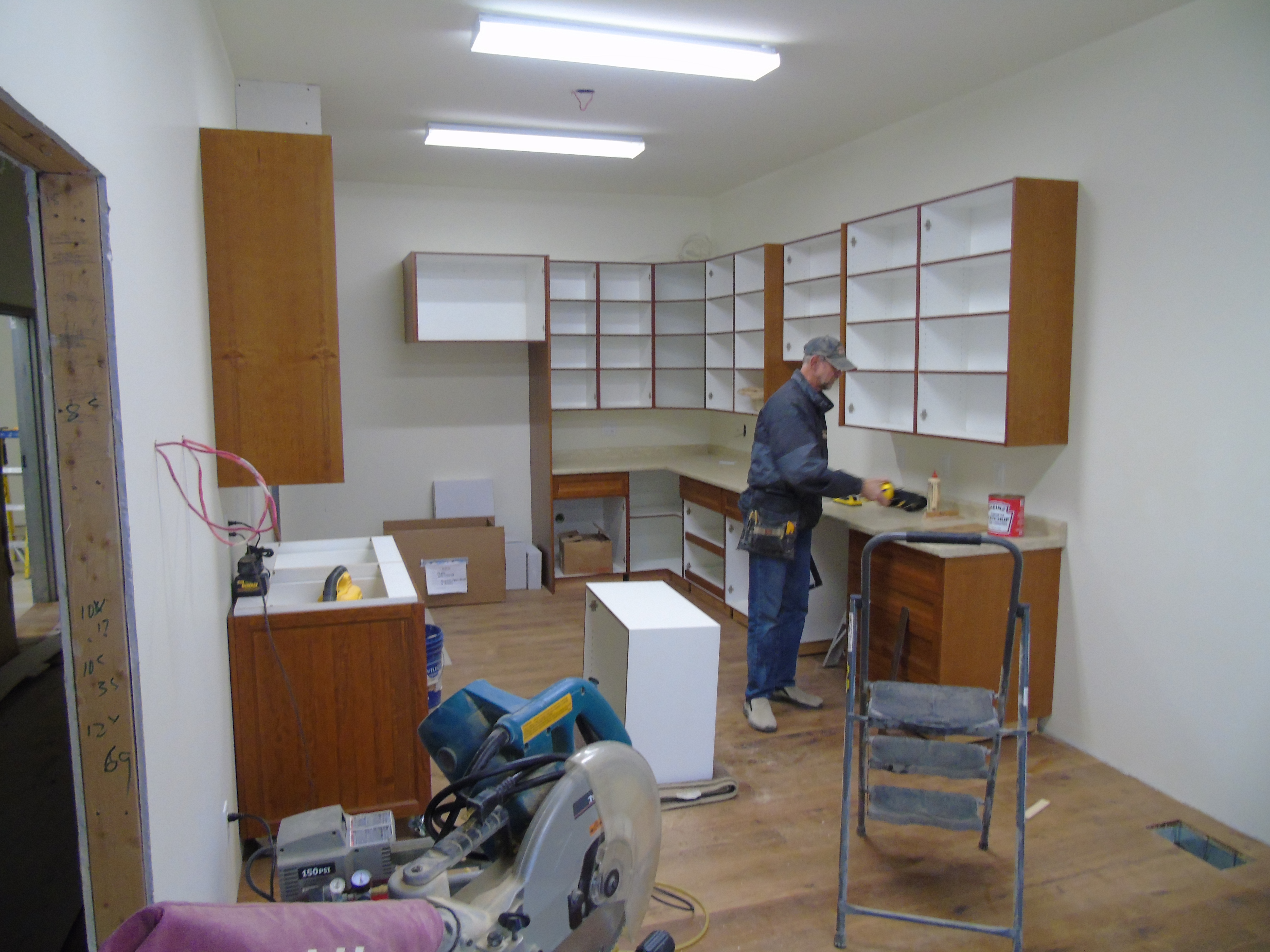 With ten foot ceilings, there is a need for the plasterers to wear stilts- creating an early circus-like effect! 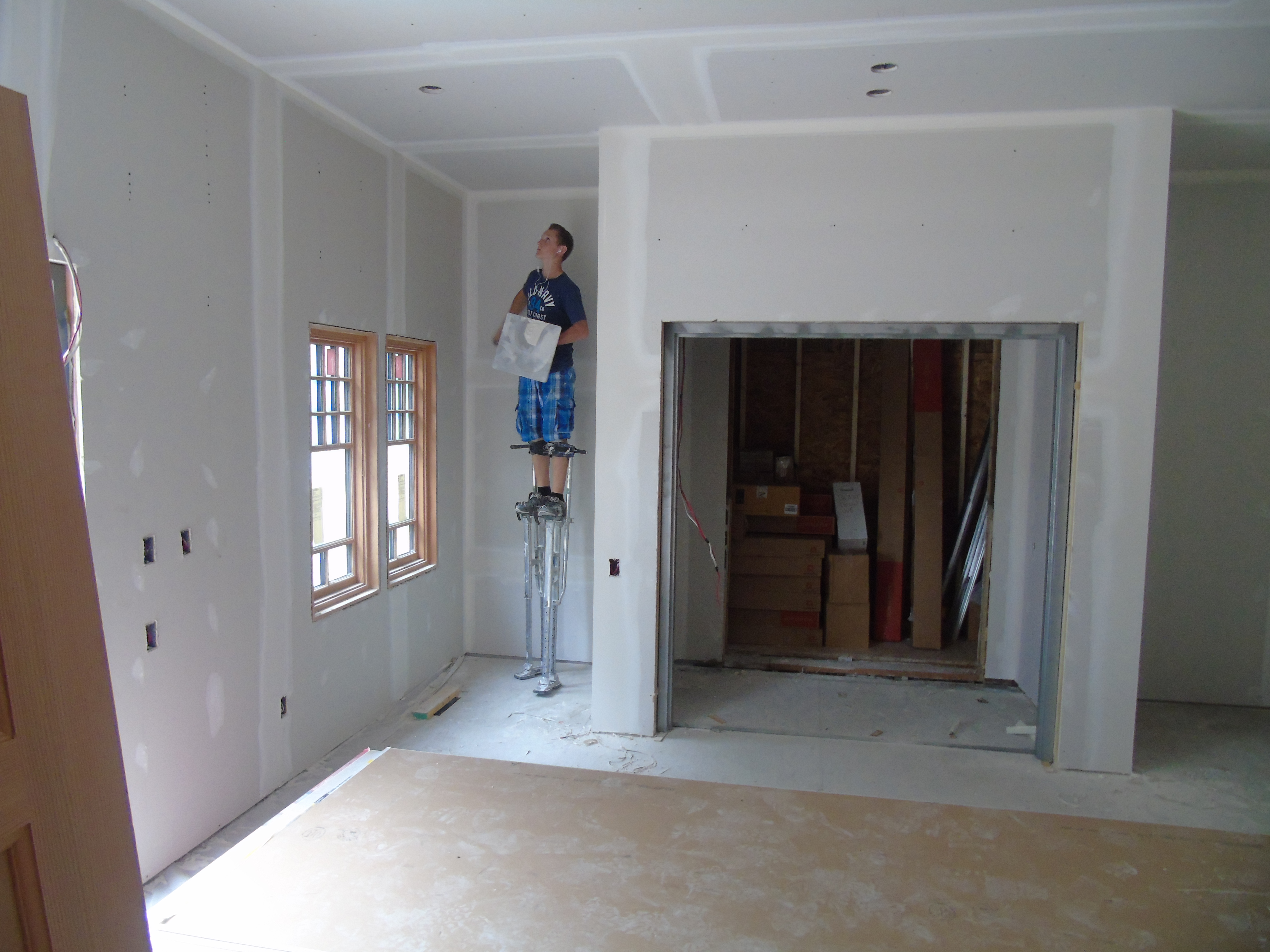 All of the flooring in the addition halls and stage is 3/4 inch Pembina Valley oak. 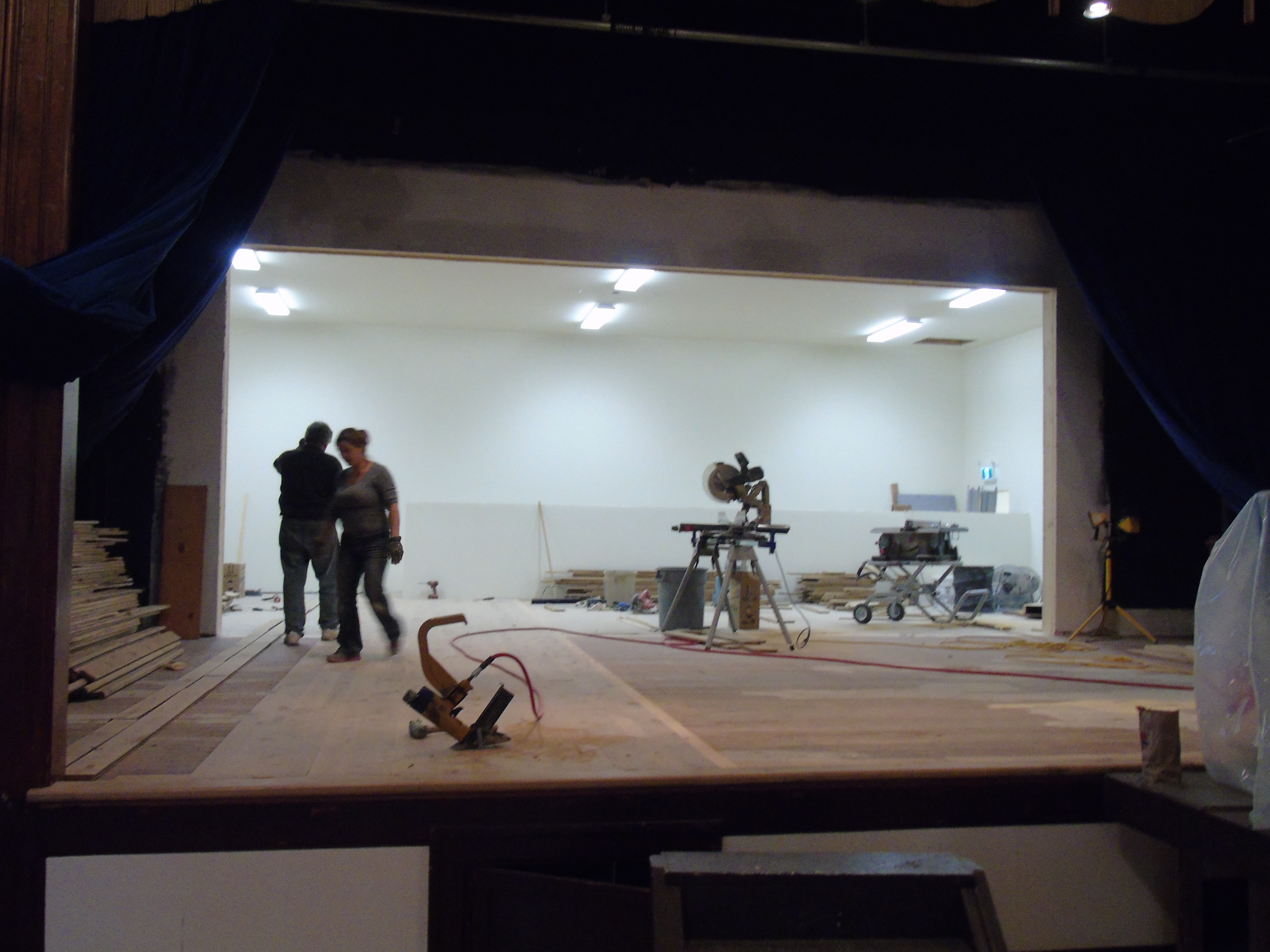 Bannisters, chair rails, frames, and baseboards are all solid fir, just like in the original building. 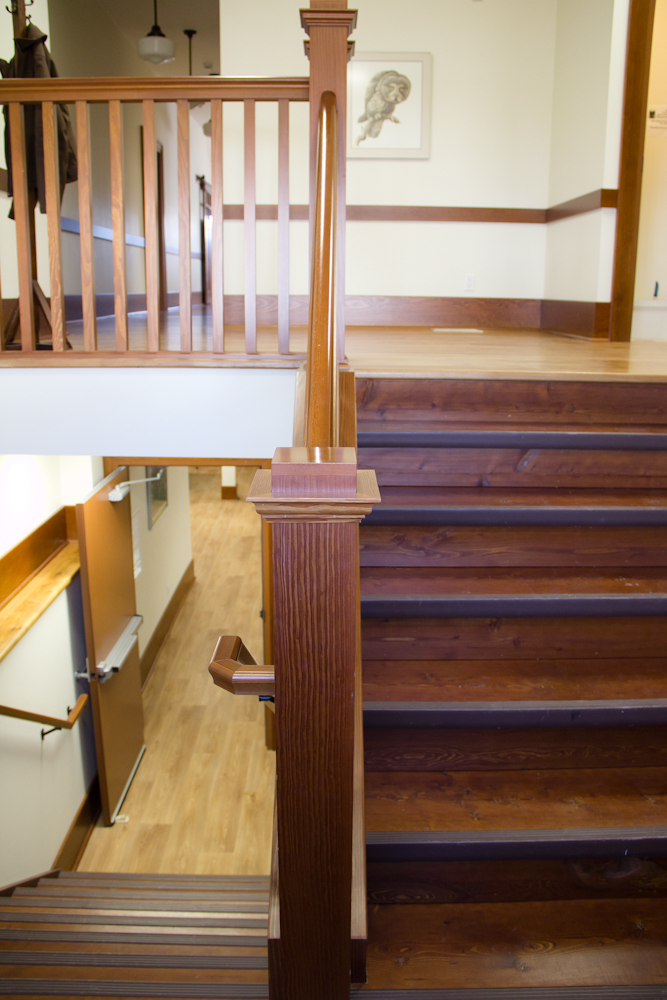 Landscaping got started rather late; late October, that is. 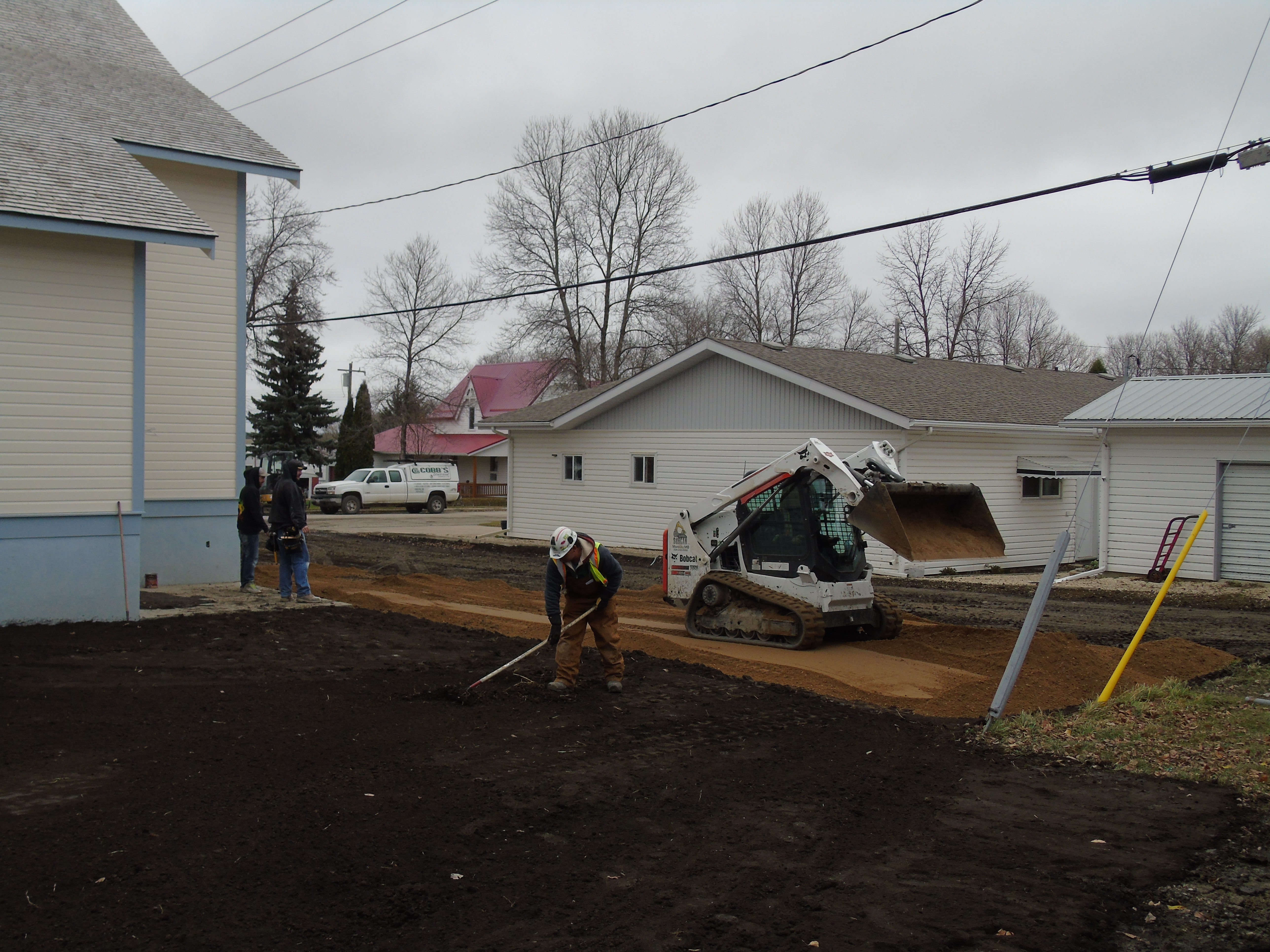 The berm sidewalk allows easy access for all to the new addition. 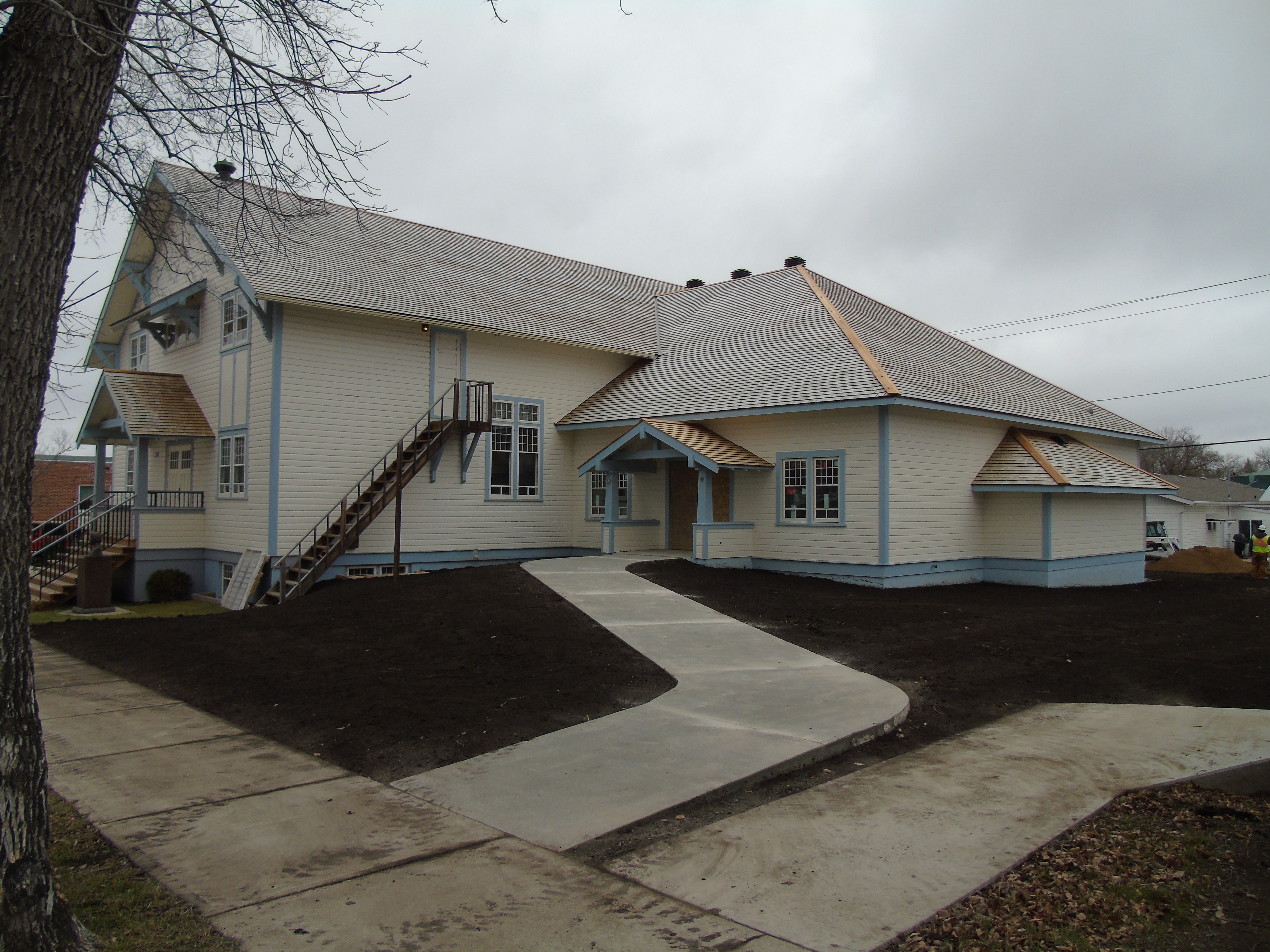 It may not look it, but the sod was laid in November, and the powers that be were gracious enough to provide excellent rains to ensure the sod was well settled before winter set in. 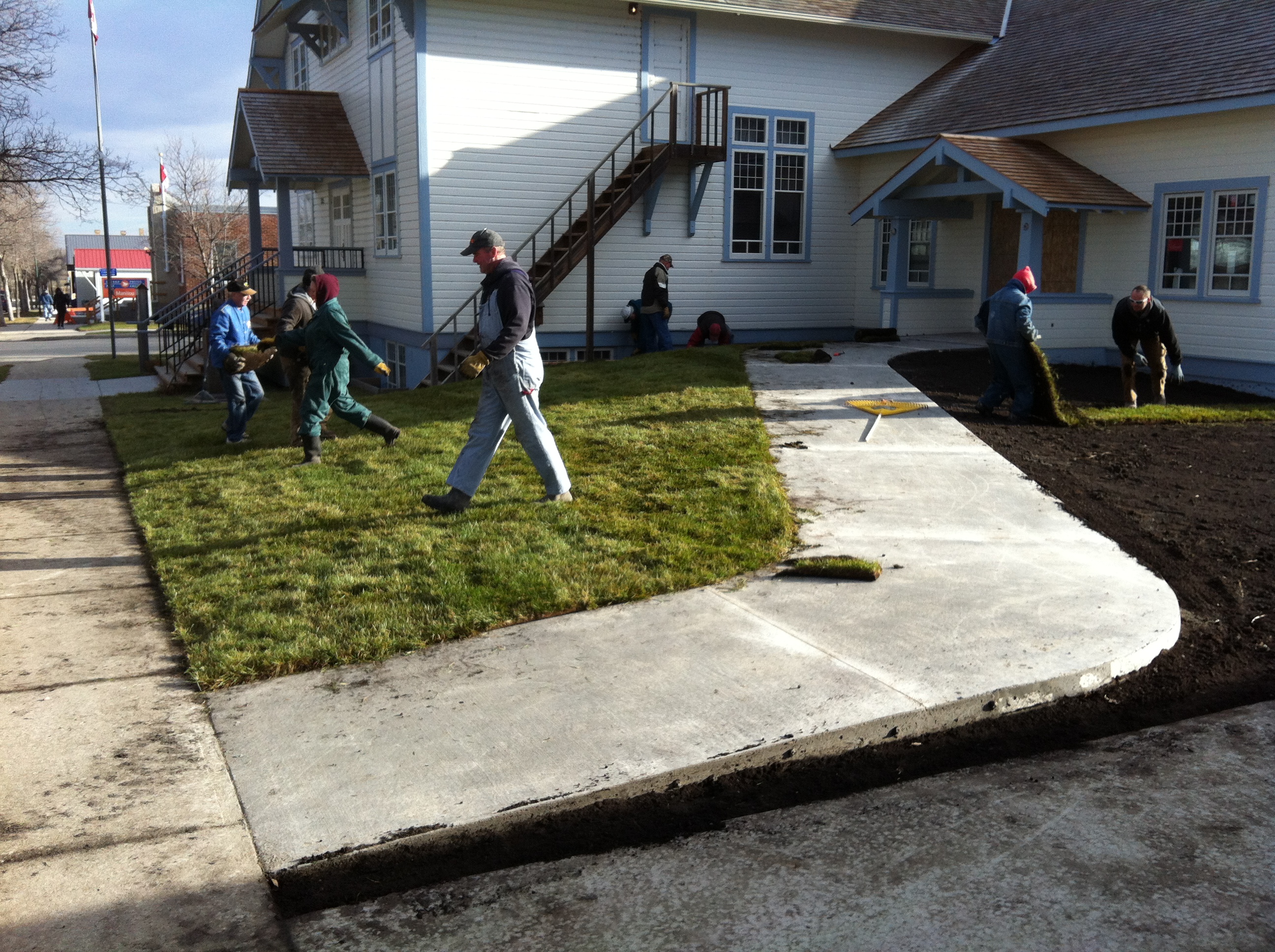 This shot, from early spring, 2016 , shows the new building all ready for the Grand Opening! 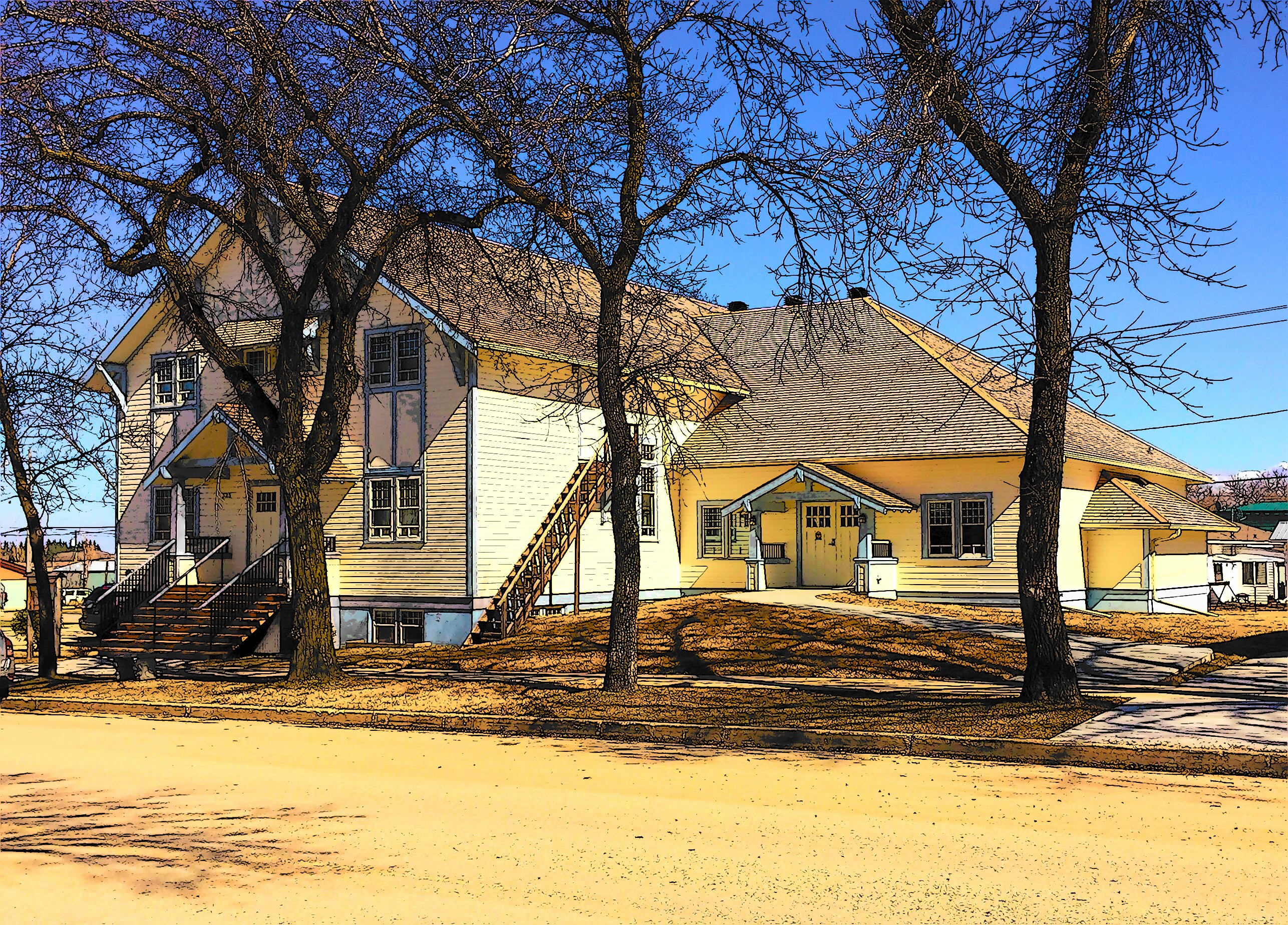 4. HOW IS THE FUNDRAISING GOING?

We are very proud to report that the Accessibility Project is fully funded. We have since had to replace the entire shingled roof and repaint the exterior due the the hail storm in June 2018. Insurance covered some of these costs, but replacement of storm windows and doors which were showing their age has taken funding priority.

Our next project will be to refinish the maple flooring of the main auditorium.

5. WHOM SHOULD PEOPLE CONTACT IF THEY WISH TO CONTRIBUTE?